Telescopic ladders have to be the most manageable ladders available today -they’re much easier to carry around and to store that traditional extension ladders.

But which long is the longest telescopic ladder? Surely they cant go above a certain height right?

The longest telescopic ladder on the market is a whopping 8.2 metres!
Which is pretty epic, considering that the ladder folds down inside itself for easy storage!

This 8.2m telescopic ladder is the longest I have been able to find available to buy. It is made by Worhan and due to its length, it very well made and robust.

When compared to an extension ladder, (due to their more simple structure and mechanism, traditional extension ladders can be made to reach well over 10 metres in length).

Telescopic ladders however, can only be built to reach a certain height due to their nature of being well, telescopic.

This is the ZR Herringbone telescopic ladder, the longest I have found.

The whole ladder is a like a set of Russian dolls – each section of the ladder starting from the bottom being the biggest, gets slightly smaller, so that it can fit inside the leg below.

A telescopic ladder is an ingenious piece of kit, with the legs being hollow to allow it to fold down, but strong enough to hold around 100 – 150kg in weight!

Perhaps in the future, I will be coming back to update this post with news of an even longer telescopic ladder!

Is height everything when it comes to a telescopic ladder though?

You have to ask yourself, would you really need or feel comfortable using an 8m ladder?

8m is pretty high. When climbing an 8m ladder outside, if you’re not used to ladders it could be pretty daunting.

Also, there’s the obvious struggle of carrying around the extra weight of a very long telescopic ladder.
They are naturally more bulky and heavier.

If you are only interested in using a telescopic ladder inside the house for general jobs like accessing the loft, cleaning out the gutters and for painting the stairs, then you may be wasting money by going for the longest telescopic ladder.

Asses your needs and only buy a ladder that is just a bit longer than what you actually need it for. That way you will have the most suitable ladder – which may be lighter or smaller and possibly cheaper. 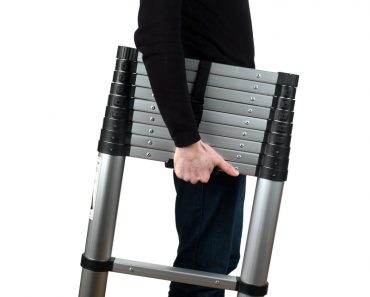 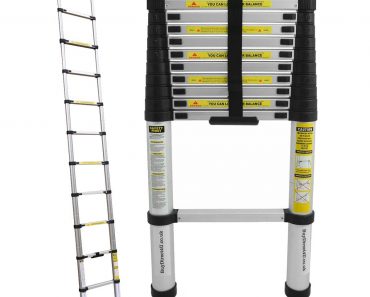 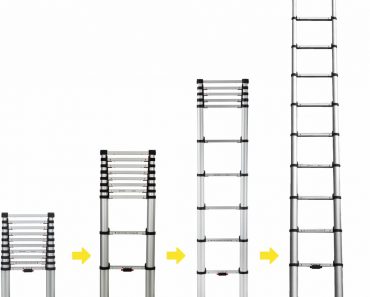 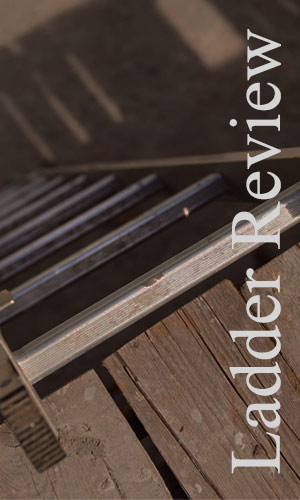